Vermont’s Killington Resort, the largest ski and snowboard resort in Eastern North America and part of POWDR, the leading adventure lifestyle company, has announced that the Stifel Killington Cup will return for the seventh time in 2023.

The race features the fastest female alpine ski racers in the world vying for the prestigious Killington Cup. Part of the International Ski and Snowboard Federation’s Audi FIS Ski World Cup Circuit, the Killington Cup is the world’s most attended women’s Audi FIS Ski World. This year’s return will again feature the “Heroic” initiative for the second year in a row, a program designed to empower and create opportunities for women in the ski industry.

The Stifel Killington Cup giant slalom and slalom will be held November 25-26, 2023.

Justin Sibley, POWDR CEO, said: “We are excited to again host this race at Killington Resort. This is an event that draws spectators from around the world to one of the premier resort destinations in the U.S., which continuously puts on the best event of the circuit. POWDR is also proud to be a partner of U.S. Ski & Snowboard and looks forward to advancing the goals of Heroic at this year’s event.”

Mike Solimano, president and general manager of Killington Resort & Pico Mountain, added: “Hosting the Stifel Killington Cup is a great way to kick off the ski season in Vermont. Having the fastest female ski racers in the world compete on our slopes is a source of great pride for our entire team here at Killington & Pico. We look forward to having the athletes, entertainers, and partners back again for a seventh time.”

“We’re thrilled to bring the Stifel Killington Cup back to Killington for the seventh time,” said, U.S. Ski & Snowboard President and CEO Sophie, Goldschmidt. “Seeing nearly 40,000 fans at Killington every year shows how incredible World Cups in the United States can be, and we can’t wait to return to Vermont in November.” 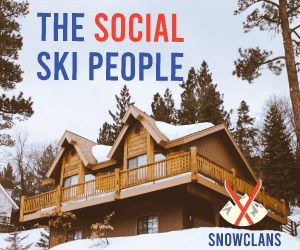